We are the winners of the Thinkbox 2019 ‘Best low budget use of TV’ award.

The campaign involved a range of highly targeted media with a heavy TV element that was efficiently and affordably executed.

Using £150,000 we showed how a broadcast medium can be delivered to an audience in a specific location at a fraction of the cost of a national campaign.

SodaStream approached us with two key challenges: low distribution and outdated brand perception and one key objective: to drive sales. Also, the brand had struggled to get significant high street distribution, however pre-Christmas they had the opportunity to test in 80 major Boots stores spread across the country.

Our task was to shift units both instore and online to a level that would encourage Boots to reorder and also build awareness of the new positioning of the brand. The total budget was under £400,000.

The core media used was TV and the Sky AdSmart platform. We used precise targeting to deliver high reach and frequency in local hotspots.  The flexibility of TV allowed us only to deliver TV activity when the brand was on promotion, as these dates were only firmed up at the last minute.

Other channels used were cinema, OOH and a range of digital media.

The campaign exceeded all targets, both in terms of communication and sales delivery. The ultimate accolade is that Boots have continued to stock SodaStream and SodaStream are committed to continue with strategy and approach.

“PINTARGET have presented a mind-blowing marketing approach, which is being used as a blueprint for worldwide marketing.”

“The turnaround times have been fantastic in such a short time and it’s a credit to yourselves and the team. Less than a month is impressive.”

Read the case study here
See the other winners here 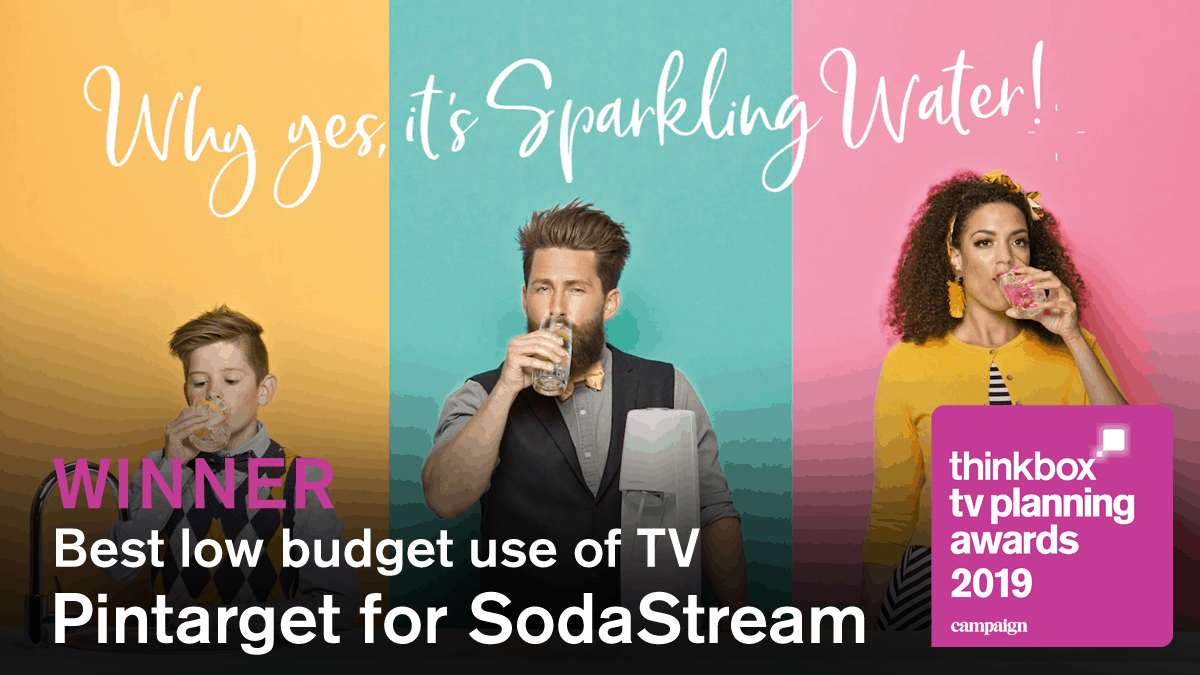